HomeThe State of the State Department: From Trump to Biden

The State of the State Department: From Trump to Biden 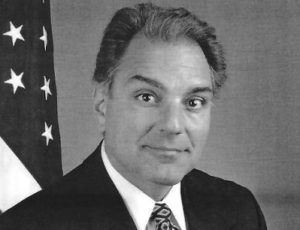 The State of the State Department: From Trump to Biden

Peter F. Romero is the CEO of Experior Advisory, a Washington DC-based consulting firm that specializes in international business and political advising. Mr. Romero has over twenty-six years of experience negotiating in international markets and politics. He has advised major U.S. corporations on national and local strategies regarding environmental, indigenous, labor, and political issues.

Formerly, Mr. Romero was the Assistant Secretary of State of the new Western Hemisphere Affairs Bureau (an area that stretches from Canada to Chile), where he was the highest-ranking Hispanic in the career U.S. Foreign Service. A twenty-four-year career diplomat, he previously served inter alia as Principal Deputy Assistant Secretary, U.S. Ambassador to Ecuador, and Chief of Mission of our Embassy in San Salvador.

The bureau Ambassador Romero led is responsible for promoting U.S. interests in the Western Hemisphere in support of strengthening democratic institutions, expanding U.S. trade opportunities and attaining sustainable economic development, including the start of free trade negotiations with Chile.

On counter-narcotics, he was a principal architect of the Forward Operations Location (FOLS) concept, which now forms the lynchpin of our national security strategy. First as U.S. Ambassador to Ecuador, and then as Assistant Secretary of State, Ambassador Romero played a key role in support of the peaceful resolution of the border dispute between Peru and Ecuador. He first conceived of “Plan Colombia” and was the principal State Department official to convince the U.S. Congress to appropriate $1.2 billion in support of that Plan.

He received the Department’s highest award, the Distinguished Honor Award in 2001, the prestigious Equal Employment Opportunity Award in 1998, the Baker-Wilkins Award for leadership of an overseas mission in 1993, and the Walter J. Stoessel Award in recognition of his highly distinguished career, as well as several Superior Honor Awards. He received the highest civilian award from Colombia, the Order of Boyacá, for his contribution to national security and development in that country.

Born in New York, Peter Romero received a Bachelor of Science degree and a Master of Arts degree in International Relations from Florida State University. He speaks fluent English, Spanish and Italian.